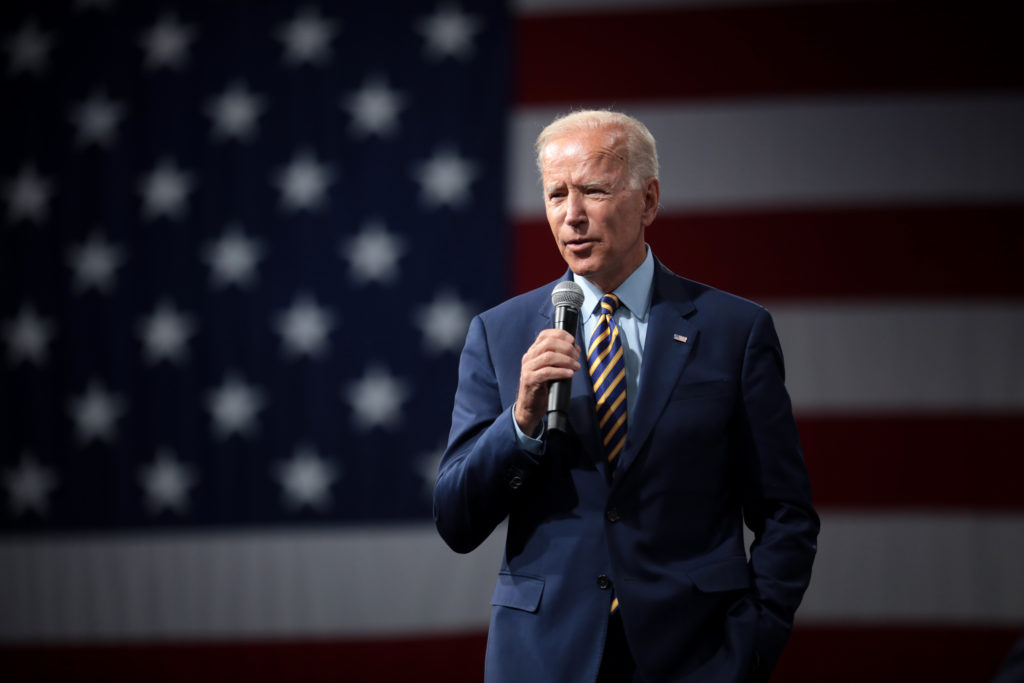 In first-ever political endorsement, Director Mike Tidwell says: “No one can sit out this election. The stakes are too high. Every nonprofit that can legally endorse Biden, must do so now.”

TAKOMA PARK, MD – For the first time in its seven-year history, the Chesapeake Climate Action Network (CCAN) Action Fund is endorsing a candidate for public office, putting its weight behind Vice President Joe Biden for President. Citing “extraordinary times,” CCAN Action Fund is now calling for all other groups who have not yet endorsed to do so if they can.

Led by state Governors like Larry Hogan of Maryland who refuse to allow direct balloting — and complicated by Trump’s disruption of the US Postal Service — the forces of voter suppression seem more extraordinary than ever in this country. Meanwhile, President Trump continues to deny the science of climate change and pull the country backwards on climate progress. Vice President Joe Biden has a plan to get the country’s power grid off fossil fuels by the year 2035. He’ll create two million new jobs in the process, alleviating the COVID-19 recession.

That’s why CCAN Action Fund is taking the extraordinary step of endorsing for the first time so the group can better support this candidate. They are calling on other nonprofits who are able to do the same. Scientific American has similarly broken its 175-year-long tradition of political nonpartisanship by announcing its support for Biden last week.

Statement from Mike Tidwell, director of the CCAN Action Fund:

“President Trump denies the basic science of climate change even as three million acres of California forests go up in smoke. He denies it even as unprecedented hurricanes rage worldwide.

“That’s why, in these extraordinary times, we’re taking the extraordinary measure of endorsing a political candidate for the first time. Joe Biden is the true climate candidate. He knows that for every dollar invested in climate solutions and clean energy, three times more jobs are created than in fossil fuels.

“We are not a partisan group, and climate science should not be a partisan issue. But Trump has made it one. So it’s time to be partisan. It’s time to choose sides. No one can sit out this election. The stakes are too high.”

“We have to do what we can do to get Biden elected. And we call on other groups to do the same. Groups who may not have a history of endorsing but are able to, we call on you to endorse Joe Biden.”

The CCAN Action Fund also announced endorsements in two key US Senate races on the East Coast: North Carolina Democrat Cal Cunningham, who is running against incumbent Republican Thom Tillis, and Maine Democrat Sara Gideon, who is running against incumbent Republican Senator Susan Collins. Tidwell stated: “Democratic victories in these Senate races will help create a Democratic majority in the next Congress to help pass transformative climate legislation in 2021.”

The CCAN Action Fund is the advocacy arm of the Chesapeake Climate Action Network, the first grassroots organization dedicated exclusively to raising awareness about the impacts and solutions associated with global warming in the Chesapeake Bay region. For 17 years, CCAN has been at the center of the fight for clean energy and wise climate policy in Maryland, Virginia, and Washington, D.C.