The coronavirus pandemic laid bare what needs to be fixed in America. Inequality skyrocketed as millions of Americans were laid off or forced to put themselves at risk. But now, with President Biden’s proposed American Jobs Plan, we have the opportunity for historic change. As a local AFL-CIO representative for the union workers that kept our country running, we whole-heartedly support this infrastructure plan.

Now it’s time for Congress to act. The slimmed-down, bi-partisan infrastructure deal, unveiled on Thursday, is not nearly what workers need and deserve. The full Biden agenda under the American Jobs Plan must become law, whether in one bill or two, whether with bi-partisanship or not.

In November, workers helped elect the most pro-union president since FDR — or possibly ever. It’s no coincidence that this happened during the height of the coronavirus pandemic and associated economic crisis. Union power and the health of our economy go hand in hand. In the 1930s, as the country was sliding into depression, organized labor was at a low point — but the aggressive pro-union legislation passed during the New Deal turned that around.

With the American Jobs Plan, we have a similar opportunity to turn things around, especially for the workers that kept this country running during Covid-19. It dedicates $2.3 trillion to rebuilding our economy with equity and union power. The plan calls for passage of the Protecting the Right to Organize (PRO) Act, a bill that will empower vulnerable workers to form new unions, including providing “gig workers” the right to organize for the first time in history. It will also strengthen financial support and negotiating power for existing unions, as well as invest $590 billion into America’s manufacturing industry and $621 billion into modernizing transportation infrastructure with union labor – creating millions of new, family-sustaining jobs.

Many of these new jobs will be in the climate and clean energy sector, a move we welcome with open arms. After all, there will be no jobs — union or otherwise — on a dead planet. And by tackling climate change and union power together, we can boost prevailing wages and workers protections for these very essential renewable energy jobs. The Plan’s inclusion of a clean electricity standard will lead to massive investments in the burgeoning wind and solar industries, putting $100 billion into clean energy procurement. It will also invest $174 billion into electrifying U.S. transportation systems and $50 billion into restoring nature-based infrastructure.

Such investments are sorely needed. Despite some historic friction between organized labor and the environmental movement, we all agree on the same thing: we need a living planet with a sustainable economy. Labor unions get it. By supporting the American Jobs Plan, we commit to doing the work to build that world. But wind and solar companies and electric car makers must reciprocate by committing to union labor. And that’s the beauty of the American Jobs Plan: it’s the first time in U.S. history where a sitting president is proposing legislation to simultaneously improve unions, create jobs, and improve the environment. Biden has united unions and environmentalists under this proposal.

It’s no wonder why labor unions worked so hard to turn out the vote for President Biden, why Teamsters unions have come out in support of the American Jobs Plan, or why 1200 state and local officials from all 50 states have called on Congress to pass it. The American Jobs Plan is the most effective way to recover the U.S. economy by bolstering unions, creating jobs, and combating climate change at the same time.

Unions built the middle class in America and now they deserve our support. Yet union power is, once again, at a historic low. Many of the workers that we depended on during the pandemic — grocery store workers, Uber drivers, Amazon workers — struggled to receive sick leave or hazard pay, despite putting themselves at risk every day to keep our economy running. Meanwhile, big businesses and corporate executives received record profits. If we want to solve the chronic problems of wealth inequality and economic insecurity in this country, we need to restore the power and breadth of our unions everywhere, including in the emerging green energy economy.

With 9.3 million Americans still out of work, there’s no more time for delay. Congress can and should pass all major features of the American Jobs Plan now — through budget reconciliation if needed.

Frontline workers saved America during the Covid-19 crisis. They kept our economy running. Now it’s time to save our workers by passing this plan. 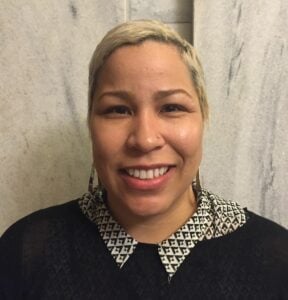