SUMMARY: On Sine Die of the 2019 Maryland legislative session the Clean Energy Jobs Act (CEJA) was passed with veto-proof majorities of 95-40 in favor in the House and 31-15 in the Senate. Now, the bill sits on the Governor’s desk. Here’s what’s at stake:

What the Maryland Clean Energy Jobs Act does:

What would be lost if CEJA was vetoed:

With climate change barreling down on us and solar workers losing their jobs, there seems to be no rational reason whatsoever to delay this bill a single year. Conversely, there are real jobs that will be lost and real environmental harms associated with waiting. 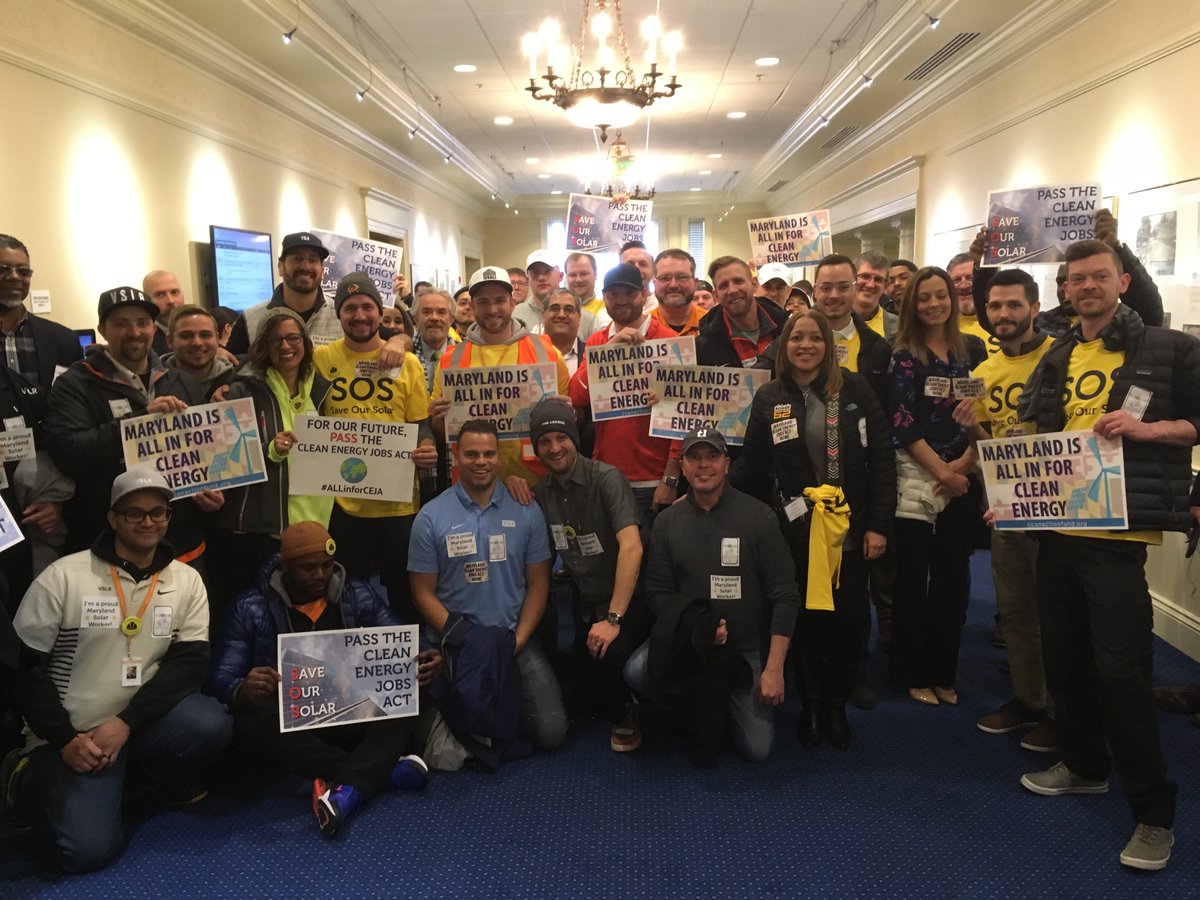 Solar workers across MD attend 3/8 bill hearing in Annapolis in support of CEJA.