WASHINGTON, DC — Congressional leaders from key House committees will join forces with a range of labor leaders on Tuesday to call on Congress to adopt President Joe Biden’s full agenda to help unions and fight climate change. Gathering on the Capitol grounds, leaders will stress that any legislative deals — bi-partisan or not — must embrace the full agenda laid out in the President’s original infrastructure proposal, the “American Jobs Plan.”

Union speakers will include local leaders from the metro-area AFL-CIO, International Brotherhood of Electrical Workers, and UNITE HERE. Key Congressional speakers will include House Budget Committee Chairman John Yarmuth (D-KY) who will be a key voice in any budget reconciliation deal. Also speaking will be Congressman Bobby Scott (D-VA), chair of the Education and Labor Committee, and Congressman Joe Morelle (D-NY) who serves on both committees. Also speaking will be climate change advocates, including the CCAN Action fund.

With the U.S. Capitol as the backdrop, leaders will speak about how the “American Jobs Plan” will address climate change while also repairing our ailing roads and bridges and other infrastructure with union labor – creating millions of new, family-sustaining jobs. The plan explicitly calls for passage of the Protecting the Right to Organize (PRO) Act – a bill prized by organized labor for decades. It calls for prevailing wages and worker protections in the emerging wind and solar industry. The event will also feature a musical performance by DC Labor Chorus.

WHAT: Labor leaders and key Congressional leaders will gather near the Capitol lawn in support of President Biden’s “American Jobs Plan.”

You can watch a livestream here. 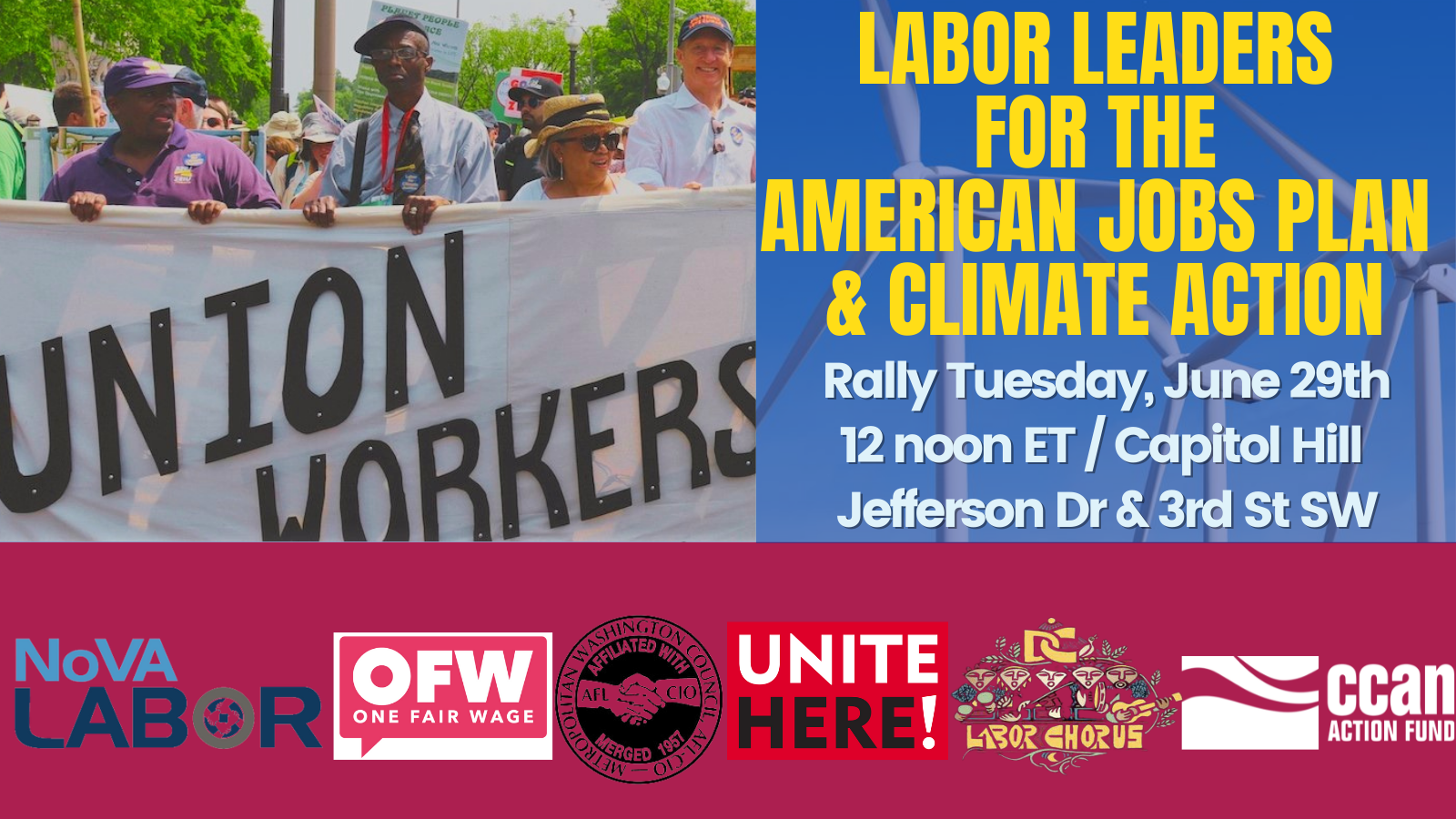 The CCAN Action Fund is the advocacy arm of the Chesapeake Climate Action Network, the oldest and largest grassroots organization dedicated exclusively to raising awareness about the impacts and solutions associated with global warming in the Chesapeake Bay region. For almost 20 years, CCAN has been at the center of the fight for clean energy and wise climate policy in Maryland, Virginia, and Washington, D.C.