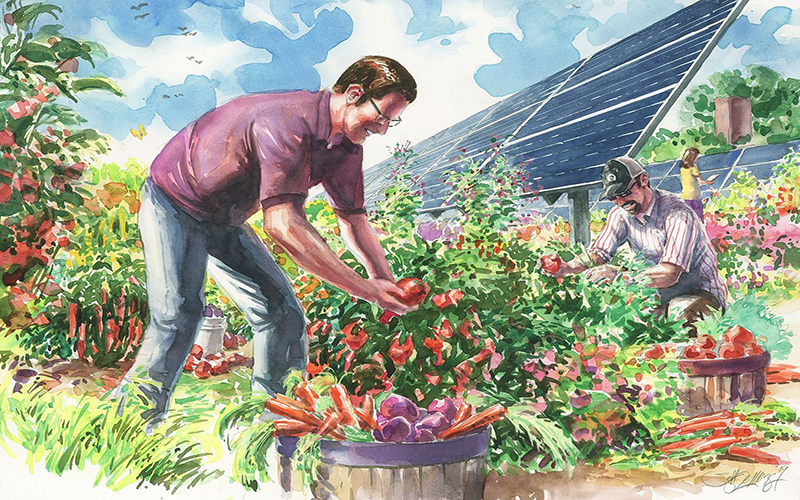 The Montgomery county council in Maryland declared a “climate emergency” in 2017. It pledged to cut greenhouse gas emissions 80% by the year 2027. However, in the past three years, the council and County Executive Marc Elrich have passed no concrete legislation to significantly cut climate emissions.

The council voted against permitting a limited amount of solar production on agricultural land. This power would’ve been used by mostly by low- and moderate-income families.

And because of this anti-solar vote, a local solar company announced that it would leave. This vote was a poor economic decision that could cost local jobs and future solar projects.

READ MORE ABOUT THE VOTE

See more information about the campaign below:

Businesses and nonprofits across Maryland show support for solar.

MoCo Council walks away from $82 million in solar business during a recession and during a climate emergency?

Sierra Club and CCAN AF send joint letter to urge the Council to withdraw the anti-solar bill and consider a solution.

Sierra Club and CCAN AF reject “conditional use” of solar as a poison pill for solar farming in the county.

Learn the facts versus the myth concerning the Montgomery County Agricultural Reserve.

See recent polling on voter attitudes towards climate action in MoCo, including Community Solar on farmland.

Watch this video below on the need for climate action in MoCo, including Community Solar

Are you a resident? Tell the Council this was a mistake. It should only take a minute.

And call your councilmembers to tell them not to ban land-based solar.